The configuration problem as stated in the thesis is a set of nested problems which are linear in scale ranging from the urban level massing to the smallest scale of configuring the details of the rooms inside the units. However these problems and the solutions proposed for them can even be used individually to solve a problem. For example if the configuration problem involves re-using or renovating an existing building then the data from the existing site conditions and the building will act as a base so the level of problem would start from the zoning problem itself since the existing building will be the base massing. Hence, developing a platform would be beneficial where a wide variety of projects at various stages could be configured.

The development of an online configurator where the users can make an account and start building their configurations would be an ideal start towards development of the platform. There have been a lot of recent developments in the online configuration platforms which utilize the existing ecosystem of visual programming languages like grasshopper for rhinoceros to develop configurators for parametric design. Pushing these platforms for a wider integration of tools and technologies would be needed for the development of this platform. Python as a programming language has been used extensively for developing the various methods showcased in the project . The primary advantage of using python is the massive open source development community which contributes towards the open sciences.

Once the platform is built then the development would be guided by the users of the platform themselves. The more people use this platform to develop their projects the more the platform would be developed via feature requests and user contributions. Keeping the project open source can lead to open development ideas where users from various projects can use the ideas used in other projects for developing their own projects. This common pool of knowledge will lead to better projects and better cities around the world.

Here are some snippets of the potential UI for the platform: 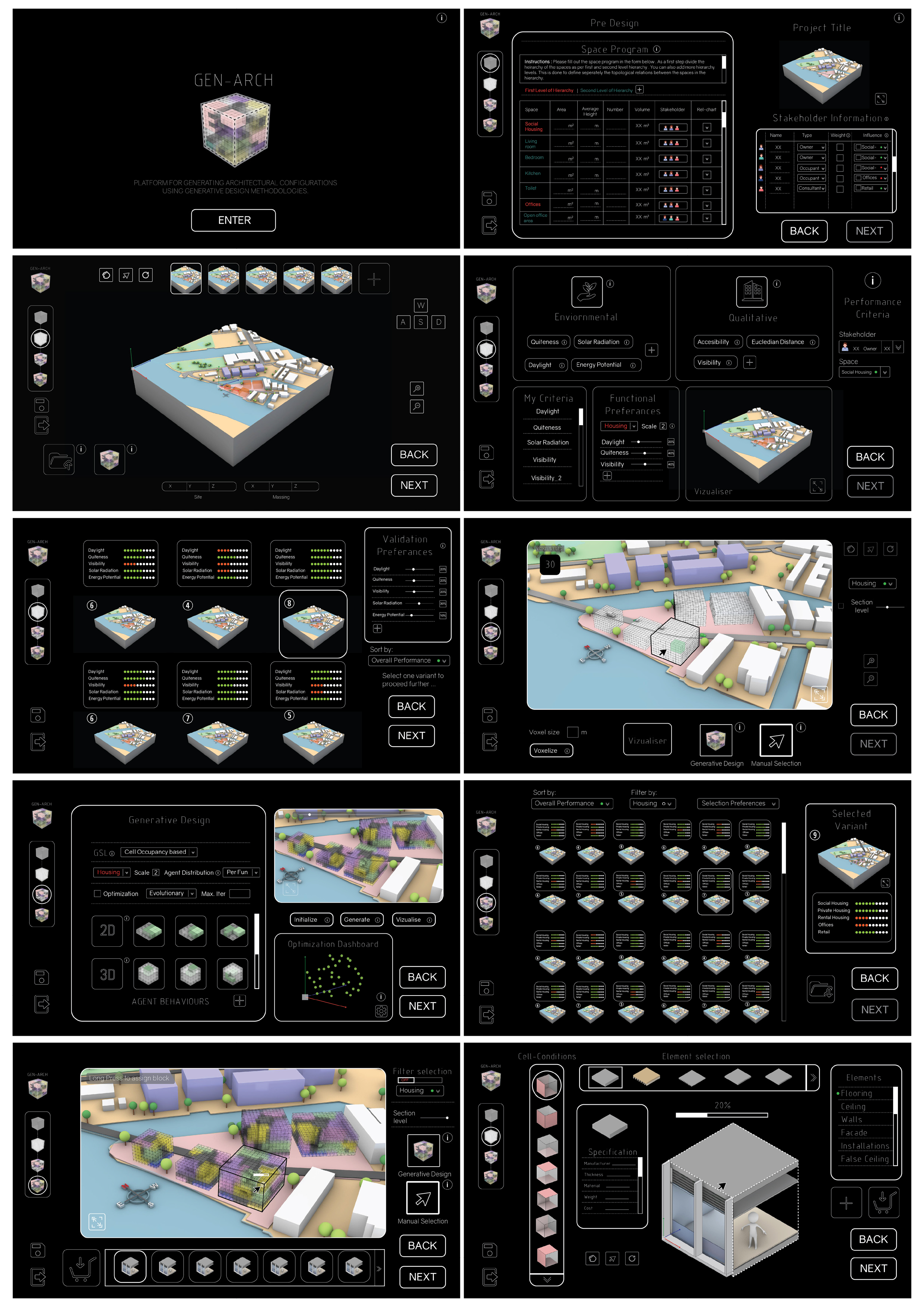